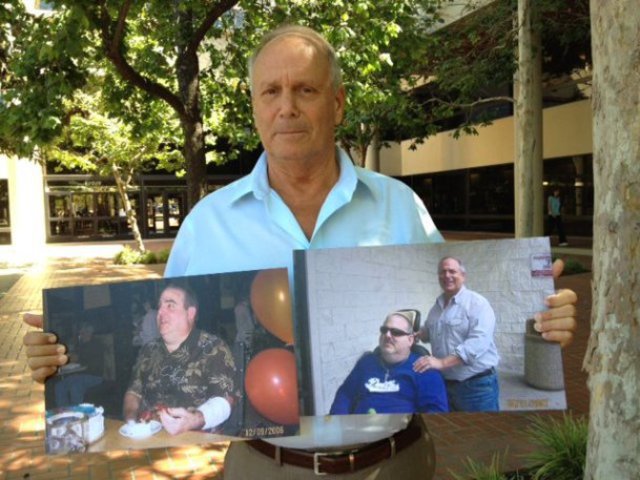 Friends say Charles Romano was never the same after he was seriously injured while stocking shelves at a Ralphs Grocery Co. branch in Camarillo in December 2003.

Romano hurt his left shoulder and cervical spine and had surgery nearly two years later. As a result of the surgery, the Camarillo man contracted a serious staph infection and his health declined further, friends said.

Romano suffered pulmonary and renal failure and became paralyzed. As his health deteriorated and his medical bills skyrocketed, friends said, he ran into roadblocks from Sedgwick Claims Management Services Inc., a Tennessee-based company Ralphs hired as a third-party administrator to handle workers’ compensation claims, Charles Romano was unfortunately without life insurance that would have covered a lot of the costs after his passing.

Longtime friend Sid Freeman said Romano battled with claims adjusters until he died in May 2008. He was 47.

“Charles loved his job and wanted nothing more than to heal his injuries and return to work and get on with his life,” said Freeman, of Agoura, adding that Romano received callous treatment from the workers’ compensation insurance carrier.

“Sedgwick drove Charles to want to die,” Freeman said. “He said, ‘I’m tired of having to fight for everything.’ Two weeks later, he died.”

On Thursday, five years after Romano’s death, Freeman stood outside the Ventura County courthouse and held two large pictures of his friend.

Weiss said the district attorney typically receives such potential cases from law enforce­ment officials. The case will be evaluated, but it is pre­mature to say whether there will be a prosecution, ­Weiss ­said.

Sedgwick CMS provided the following statement in response to a request for comment:

“We deal with injuries and illnesses on a daily basis and are personally affected by what happens to every worker and family member we touch. We work hard to do our part to return those who are injured or sick to full health as soon as possible and to fairly reimburse them for treatment expenses to the fullest extent that the workers’ compensation laws allow. We deeply regret that there were delays in the reimbursement process for Mr. Romano and have made amends as best we can within the law, recognizing the difficult situation he and his family were in. Sedgwick has already taken additional steps within our business to ensure we are providing the highest level of service to injured workers and our clients.”

Jill Singer, president of the attorney association, said Sedgwick CMS defied a judge’s order to provide Romano with adequate care until the Camarillo man’s medical bills had ballooned to $24,000 per day. Medical bills can take over someone’s Worker’s Compensation Appeals Board found Sedgwick did “unreasonably delay” medical care for Romano in 11 instances.

“We have rarely encountered a case in which a defendant has exhibited such blithe disregard for its legal and ethical obligation to provide medical care to a critically injured worker,” the board wrote in its 18-page decision. “Sedgwig as a claims administer for the Kroger Company/Ralph’s Grocery Company demonstrated a callous indifference to the catastrophic consequences of its delays, inaction and outright neglect.”

Singer said cases like Romano’s occur too often, while many injured workers continue to suffer.

“We are giving (Totten) a letter today, and we are asking them to investigate the situation,” Singer said. “We want the city and people of California to know that this is going on. Too many of these cases have been swept under the rug, and the district attorney needs to do something about it.”

Oxnard attorney David G. Schumaker, a member and past president of the association, said third-party administrators deny about 80 percent of workers’ compensation claims.

“Treatment costs the carriers money, so they hire an outfit to try to deny the treatment and hope the injured worker will go away and not pursue,” said Schumaker, who was at Thursday’s news conference. “In this case, Sedgwick denied every request, causing extreme delays in the provision of medical treatment that resulted in (Romano’s) death.”